Almost Every Christian group who is engaged in illegal conversion of Hindus in the world, they have one argument against of “Caste system”.

Hindu Caste system exists in INDIA, that is why people convert.

What is the meaning of word “Caste”

99% Hindus do not know that, Caste is not an Indian Word or a HINDU Word. None of the Indian Languages have this word called “Caste”. Word “caste” is not mentioned anywhere in the Hindu Scriptures,  or any other text

Caste comes from Word “Casta”, which is a Portuguese word. When Britishers came to India and started to rule the country, they tried to divide the country and it’s people so that they can rule India. 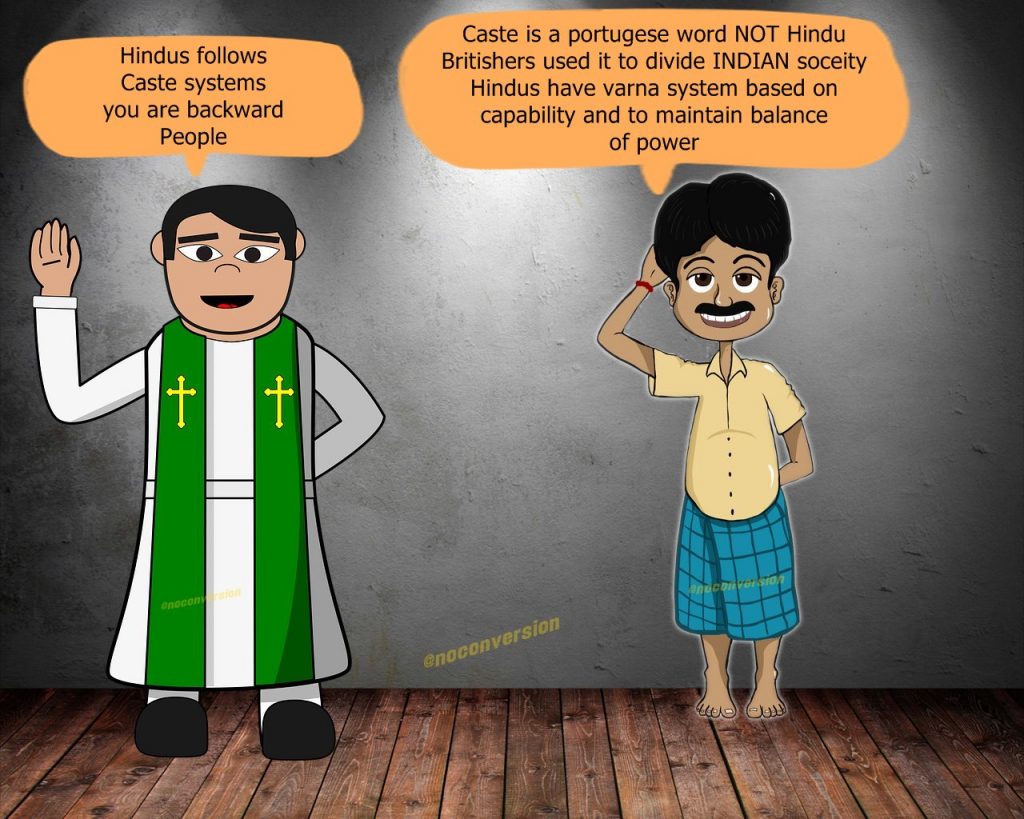 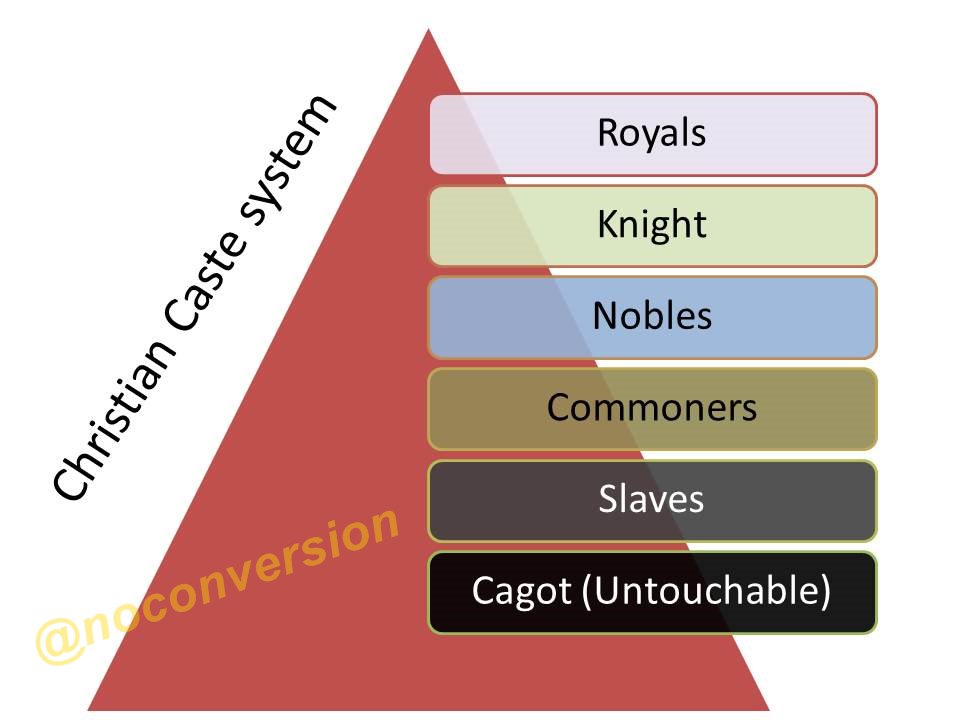 Hindus need to develop strong arguments. Majority of Hindus people dont know that , Christianity has thousands of “sects” or you can call the “caste” . They have built churches who are for specific race, gender, status, country of origin and thousands of other denominations 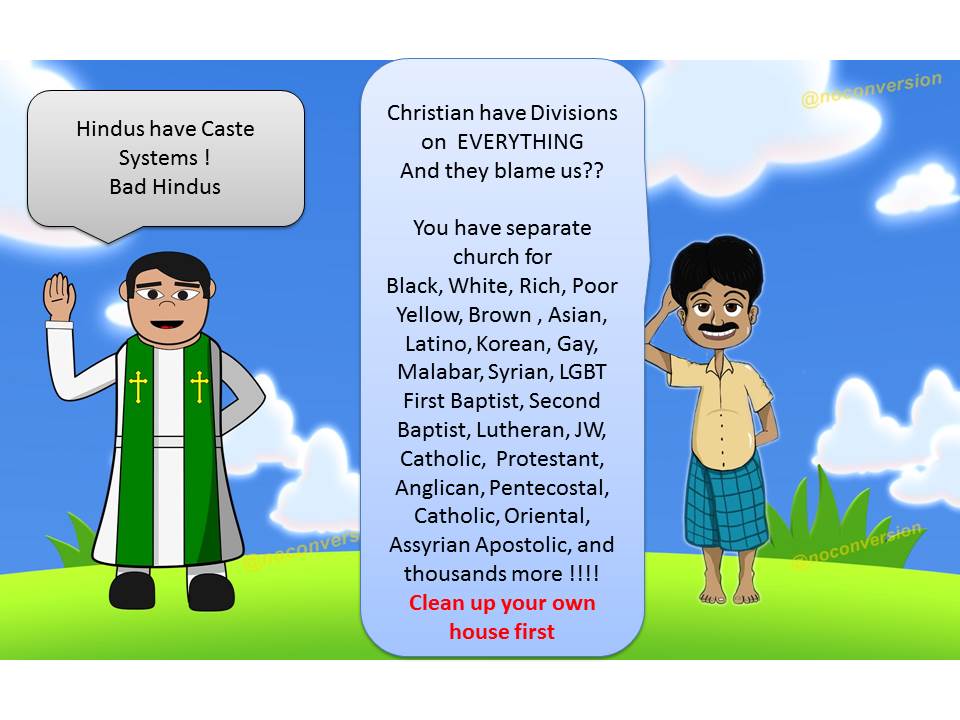