Home
>
Conversion Techniques
>
Being Dalit
>
Who are Dalit Christians? and why are they protesting?
Post Views: 3,546

Every Christian Missionary has one main argument against Hindu traditions, which is of caste. They use Caste (Which is a British imposition on INDIA) as a way to convert Hindus

After conversion they become “Dali Christian” and now they want to delink Caste and religion. ? But they very conveniently  forgot that based on the Caste system they converted Hindus to Christian

Now they want benefits of being both “Christian” and “Dalit”  so they are protesting. 10-th August is called “Black Day” by these Christian converts. 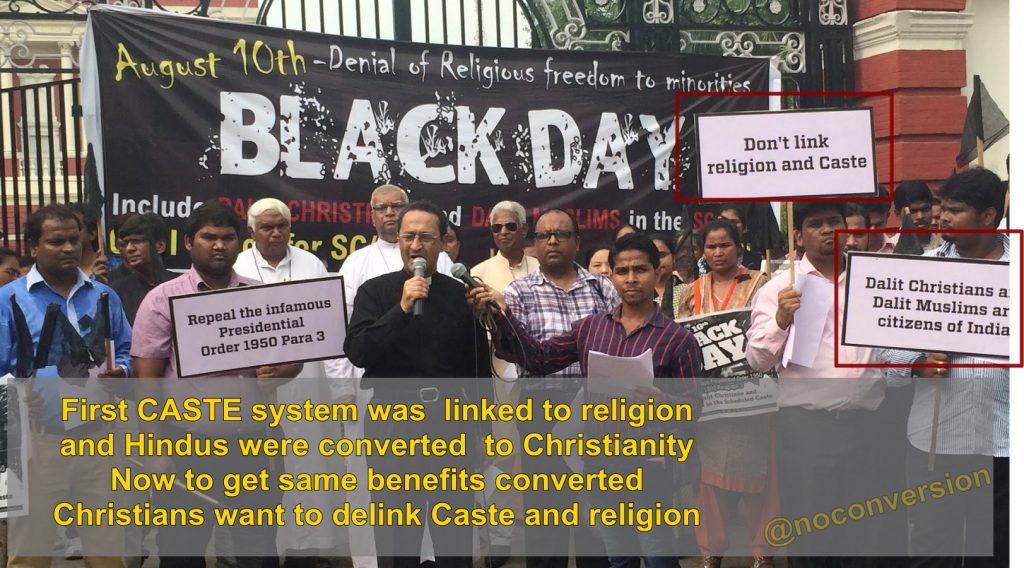 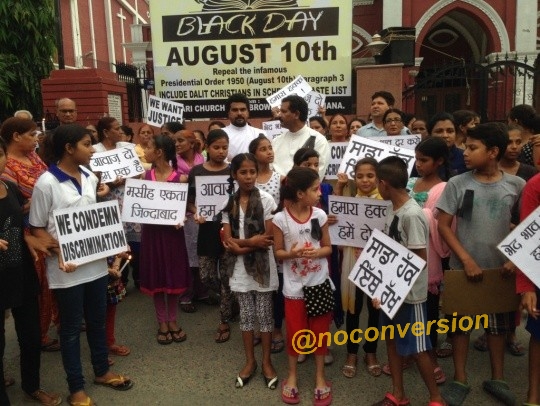 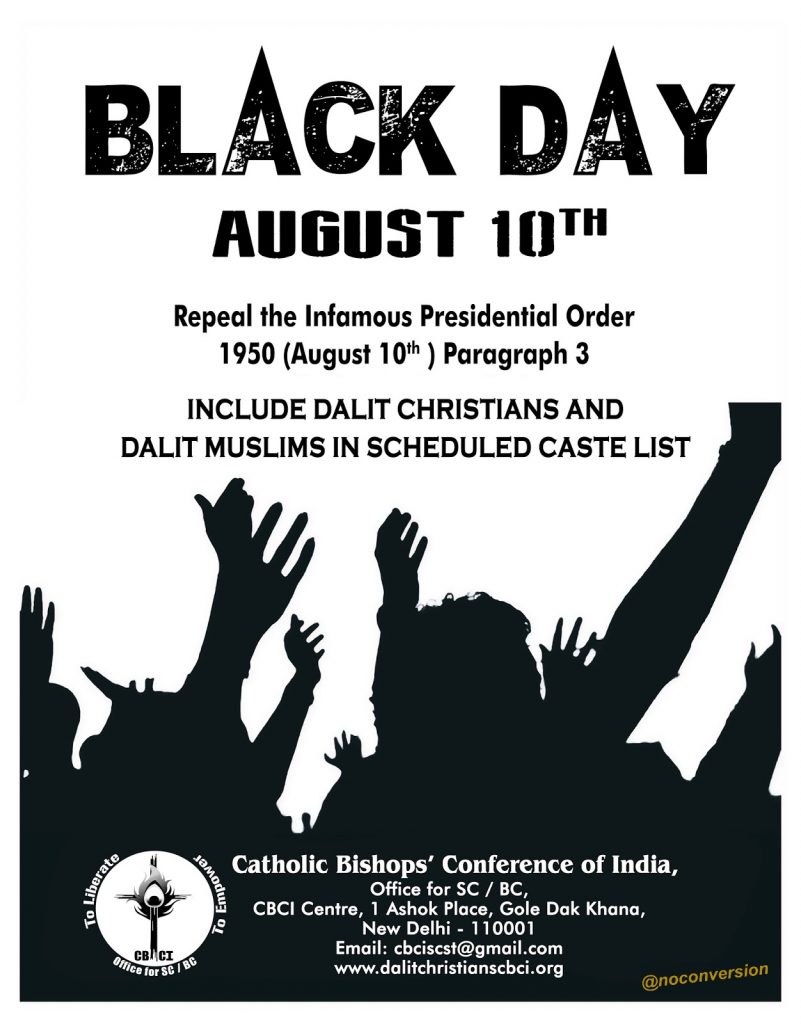